Less incidence than in Europe and America The African continent has not suffered the number of deaths that the specialists predicted. The population is younger and more dispersed, and there is speculation even with a herd immunization in the most populated areas. But in reality, no one knows the causes Covid-19 arrived in South Africa in business class. The first cases of the disease affected several citizens who had visited Italy and businessmen who did business with China. “At the time it was said that it was a disease of Westerners, of others, that did not affect the majority black population,” recalls Elisa López, a Spanish pediatrician who lived in Cape Town when the first alerts occurred. But the expansion was very fast and soon it reached the very poor ‘township’, the racially segregated suburbs that the country has inherited from the times of ‘apartheid’.

The problem quickly reached large proportions and experts’ estimates suggested that 50,000 deaths would likely be reached in South Africa over the southern winter. Surprisingly, lethal statistics in the second richest country on the African continent have not even approached half that number. The forecasts failed, as has happened in the rest of Africa, which has avoided, until now, the terrible consequences of the pandemic. What are the reasons that the incidence of the coronavirus in the black continent has been notably lower than in Europe and America? Nobody knows for sure. Everything is guesswork.

The rapid response of the South African government is one of the reasons given to explain this relatively low impact. «It was blunt. He ordered the confinement, deployed the Police and the Army, the sale of alcohol and tobacco was prohibited, and it was not possible to walk the dogs or exchange children in joint custody, ”recalls Elisa López, who now works as an investigator for the Barcelona Institute of Global Health. There were no relevant disturbances, despite the fact that each precarious house in the suburbs usually accommodates ten people, a bed and a television. “There is a greater acceptance of authoritarian approaches,” he argues. “This immediate and drastic mobilization has been the trend in many countries, contrary to what usually happens with other crises.”

The health disaster did not occur. “We opened a field hospital due to the risk of collapse, a center with 60 beds, but for only five days it remained at 85%, and we closed it two and a half months later,” says Laura Triviño, Medical Coordinator of Doctors Without Borders in South Africa. “In the end, we planned to send the teams to other sub-Saharan countries, but they told us they didn’t need them.” There is no proven cause. The last hypothesis points to the possibility of a herd immunization in the most populated provinces. In Gauteng, where the capital Johannesburg is located, more than a third of the individuals tested had antibodies, but had not suffered from symptoms. 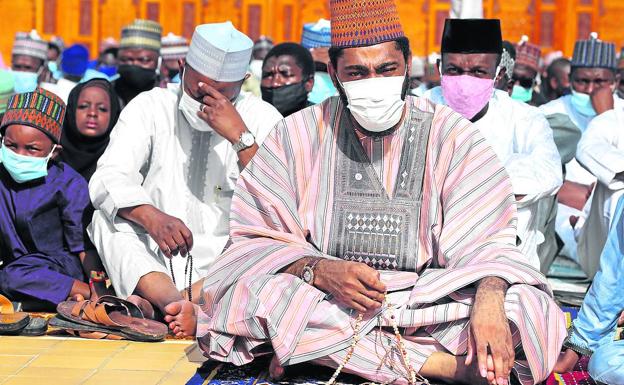 The reliability of the data calls into question the facts. Skeptics point to the lack of accurate knowledge. “In Africa some 15 million tests have been carried out, while in Spain a million are carried out a week”, argues Francisco Bartolomé, advisor to Emergency Medicine and Epidemics and member of the Covid-19 clinical team at the NGO Doctors Without Borders [MSF]. In this regard, it should be noted that countries with higher contagion rates also have better health services and therefore offer a more accurate interpretation. “Maybe we miss part of the photo because collecting data in some areas is complicated”, points out and warns that, even today, millions of inhabitants of the sub-Saharan region are born and die without any registry control.

The lack of relevant crises, on the other hand, encourages the belief that the continent has dribbled the pandemic, even temporarily. Those who stick to current numbers provide a number of theories, often interrelated, to explain this situation. The images of emigrants in patera hide a completely different landscape, isolated, rural, alien to the great flows. “Mobility on the continent is scarce because the distances are great and the road infrastructure is very difficult,” he adds and argues that this circumstance would explain a certain difficulty for the virus to spread. The cities, with serious overcrowding problems, have experienced the greatest impact, which would support this thesis.

The human element is much more decisive. The youth of the population, with a life expectancy of less than 60 years, cross immunity, generated by exposure to other coronaviruses, and unknown genetic factors, could explain this resistance, according to Bartolomé. “People are used to coexisting with infectious diseases, not like us, who have believed ourselves invulnerable in our crystal castles”.

But there is no single Africa. The postcard of the savannah does not correspond to a complex scenario made up of 55 sovereign states. Political disparity characterizes the heart of the continent. Irene Galera works for the Jesuit Refugee Service, an ally organization of the Basque Alboan, and differentiates the draconian strategy of Chad, which immediately closed airports and schools, from that of Burundi, whose previous president denied the existence of Covid-19, or Tanzania, which has proclaimed the eradication of the pandemic and no longer disseminates data. “It has come to prevent the distribution of masks,” he laments, although he also adds that most have early detection systems equipped with trackers. “All are struggling in the fight against epidemics.” 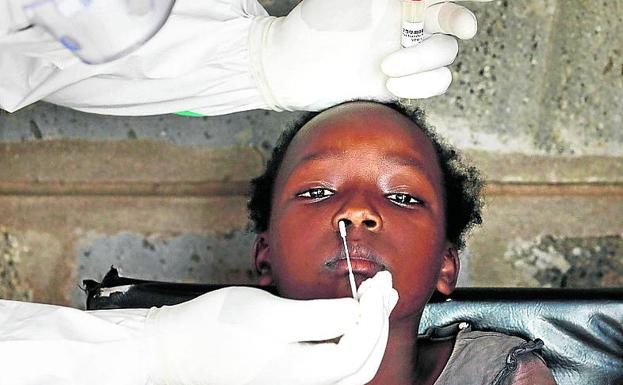 In Dakar they talk about the catastrophe that Europe is suffering, not about the local problem. Covid-19 landed in the Senegalese capital last March and the government strategy was early and as expeditious as in other countries on the continent. “The diagnostic and tracing capabilities worked and even the victims and relatives were isolated,” says Daniel Remartínez, MSF coordinator in West Africa. The curves grew, but without the exponential rhythm of Spain, the United States or Brazil, and they descended in summer, becoming even more depressed when entering autumn. “We do not know the causes, there is no evidence,” he confesses.

The celebration of the Feast of the Sacrifice on July 31, which brings together families, and the annual pilgrimage to the city of Touba, three weeks ago, a reason for meeting for tens of thousands of Muslims, did not result in overwhelming growth of cases positive. The former French colony did not implement confinement, although practices such as the use of masks and social distancing have become widespread and still persist. 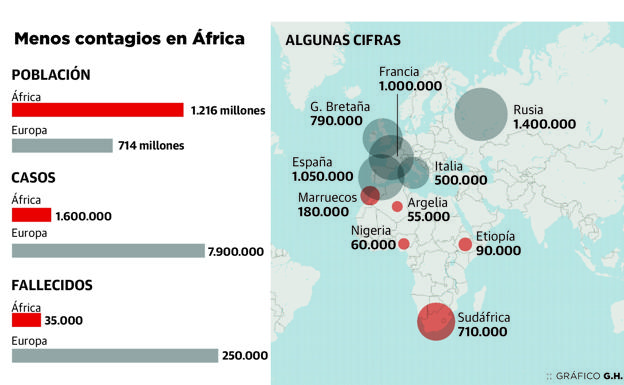 The picture is similar throughout the Sahel region, according to the information collected. “The Covid-19 has not arrived, but the fear that it entails,” he admits and says that this fear has spread among people who already suffer from the lack of health infrastructure, the permanent threat of meningitis, dysentery or malaria , or the scourge of a political violence that does not stop, not even in the face of a pandemic.

No resources to fight other diseases

Africa may have been temporarily spared the lethality of Covid-19, but not its consequences. The emergence of new priorities has diverted funds for other urgent needs. “Programs against tuberculosis or HIV AIDS have been reduced to 85%,” denounces Laura Triviño, from Doctors Without Borders. The first caused 58,000 deaths in 2019 and tests to detect it have been reduced by 50%, while the second affects 40% of the population of Mozambique, for example. In addition, the range of diseases that the continent suffers is wide and its own, and requires external support to face them. “There are so many!” Exclaims Irene Galera, from the Jesuit Refugee Service, and mentions dengue, cholera, dysentery or pneumonia.

Confinement in the Central African Republic, mired in endless conflict, has ruined crops and violence has increased in large cities, affected by a higher rate of poverty. Without a doubt, the incidence is more evident in the health field. The alteration of the programs due to quarantine and the loss of confidence have prevented 13 million children from being vaccinated against measles or that the necessary preventive measures have not been taken before the arrival of the rainy season and the scourge of malaria. “All the work of years has gone to hell”, laments Fran Bartolomé.