The European Parliament proposes to the Commission a law that recognizes the “right to digital disconnection”, a concept linked to teleworking and the employees’ feeling of being “on call” 24 hours a day You live with your partner. Luckily, both of you have managed to keep your job, yes, now from home. It’s Friday night and you can finally enjoy the classic “pizza, blanket and movie” plan after an exhausting week between four walls. Suddenly, when you are finishing the third portion and the first bottle, the mobile vibrates, lighting up with the following message: “Excuse me for writing to you at this time, but I have something urgent to ask you.”

At that moment, you can respond and try to resolve that problem as soon as possible, even at the risk of the pizza and the relationship getting cold, or you can let that message pass and that, on Monday, that person you have not responded to make it pay. That email, which may have been sent by the boss, a co-worker or a client, has become a custom in the era of covid and teleworking, in which workers have even more difficult to separate personal life from work.

To protect the right of employees to rest in a faltering labor market, the European Parliament approved this Thursday, with 472 votes in favor, 126 against and 83 abstentions, a proposal to protect the “right to digital disconnection”, concept linked to teleworking and the employees’ feeling of being “on call” 24 hours a day and under pressure to answer any message or call outside of working hours.

Given that the right to disconnect is not currently enshrined in EU legislation, Parliament will formally recommend that the European Commission propose a directive, based on collective bargaining with the social agents involved, which will require member states to adopt a regulation specifying working conditions, hours and rest periods.

The pandemic, a turning point

“We cannot abandon millions of European workers who are exhausted by the pressure of being always connected and working longer hours than their due,” argued the Maltese MEP Alex Agius Saliba [1988], of the European Social Democrats, when defending the proposal in plenary, urging the European Commissioner for Employment, Nicolas Schmit, to start negotiations as soon as possible.

Those who have opposed the proposal come mostly from the group of Conservatives and Reformists [ECR], Identity and Democracy [ID] and “a surprising number of members” of the liberals of Renew Europe, according to the Maltese MEP. ‘Our message is absolutely clear: the Commission must act now and negotiate with the various social partners. We will fight against any delay, ”Agius Saliba warns. 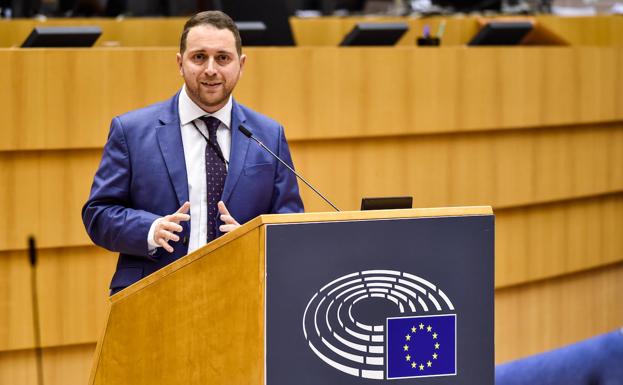 Even if the Commission accepts the proposal, it could still be years before new rules come into force. Thus the executive arm of the EU would first have to draw up a legislative proposal, which would then need the approval of the EU legislative institutions.

«Enjoying your family as well as rest is a fundamental right. With the digitization in our workplace that has impacted our lives so much, we must update the Working Time Directive [2003/88 / CE] and even more so when the first generation has arrived starting to telework », Agius Saliba explains to Europa Hoy.

Until a year ago, in any office, the working day -in most cases- ended when you closed the computer session and crossed the exit door. Instead, since the coronavirus shook our lives, millions of Europeans – the lucky ones who have kept jobs and can do it from home – have been forced to take endless meetings, mailing lists and excel sheets to the living room. from home, and on the same screen with which to watch the latest fashion series and see how the league match is going.

“This initiative also includes mechanisms to protect workers who in these months of pandemic may be afraid to say no to the employer,” says the Maltese MEP, recognized by the specialized magazine “Politico” as one of the most indicated voices of the institutions on the digitization of the EU.

Since the first wave of the pandemic last March, teleworking has increased by almost 30%, according to research by the European Foundation for the Improvement of Living and Working Conditions [Eurofound]. This trend is expected to increase in the coming months.

Eurofound’s report shows that people who regularly work from home are more than twice as likely to exceed the maximum 48 hours of work per week, compared to those who work on company premises.

In addition, according to the same study, three out of ten employees say they work in their free time every day or several times a week, compared to less than 5% of face-to-face workers. “40% of the European population suffers from mental health problems, such as depression and burnout syndrome, and a large part of that percentage is due to this culture of being always connected,” adds the MEP.

Now, how can an employee prove that they have been fired or not promoted at the company because they are not available on weekends? “The legislative initiative includes an article whereby when there is a reasonable indication the burden of proof is reversed. In other words, it has to be the employer who must prove that he has not fired the worker for exercising his right to disconnect, “the MEP clarifies.

Some member states such as Spain have already included, with greater or lesser effectiveness, this right in their legislation for teleworking. “We have a number of member states that have implemented it, such as France and Italy, but we are dealing with a more social legislation with which to cover legal gaps and lack of protection that we are heading towards with the growth of teleworking,” Agius Saliba clarifies. In France, companies with less than 50 workers are excluded “we don’t believe in such a system.”

The commitment of companies to surveillance tools is not specifically expressed in the initiative. However, he points out, “it is a reality that equipment is incorporated with systems that monitor the movement and the time that the employee does not use the device. This means treating workers like machines and causes burnout syndrome and being subjected to too much pressure, ”he describes.

To strengthen this right, it is necessary, in addition to regulation, to change the dynamics of being connected to WhatsApp all day, which includes contact with colleagues and bosses, and email. This is also a cultural phenomenon. We need a kind of awareness among workers who think it is okay to send an email to a colleague at 11 at night. In the end, it is a vicious cycle ”, he concludes.